Is a Home Equity Loan an Option?

Here's the scenario: you have a project and need to borrow some money, but you want to do it in the most economic manner.  You've got a low rate on your existing first mortgage and don't want to do a cash-out refinance and pay a higher rate.  Is a home equity loan an option?

Prior to 2018, homeowners could have up to $100,000 of home equity debt and deduct the interest on their personal tax return.  The Tax Cuts and Jobs Act of 2017 eliminated the home equity deduction unless the money is used for capital improvements.

Regardless of the deductibility, lenders will still loan money to owners who have equity in their home and good credit.  The most common reasons people borrow against their home equity are:

One available loan is a fixed-rate home equity loan, commonly referred to as a second mortgage.  It is usually funded at one time, with amortized payments for terms that could range from five to fifteen years.

Another option is a home equity line of credit or HELOC, where a homeowner is approved for up to a certain amount at a floating-rate over a ten-year period.  The borrower can draw against the amount as needed and would pay interest every month and eventually, pay down the principal.

Another common variable considered is the borrowers' total debt to income ratio.  Ideally, the combination of regular monthly debt payments should not exceed 43% of their monthly gross income.

If you have good credit and an adequate amount of equity, your home could be the source of the funds you need.  There is a lot of competition among lenders and shopping around can make a difference.

Call us at (404) 857-2508 for a recommendation of a trusted mortgage professional.  If you have questions about whether the interest on the loan will be deductible, talk to your tax professional.


Posted by Natasha @ SOLDbyNat.com at 8:03 AM No comments:

Generally speaking, when you need an inventory of your personal belongings, it is too late to make one.  Sure, you can reconstruct it but undoubtedly, you'll forget things and that can cost you money when filing your insurance claim.

Most homeowner's policies have a certain amount of coverage for personal items that can be 40-60% of the value of the home.

Homeowners who have a loss are usually asked by the insurance company for proof of purchase which can come in the form of a receipt or current inventory of their personal belongings.

The most organized people might find it difficult, if not impossible, to find receipts for the valuable things in their home.  Think about when you're rummaging around a drawer or closet looking for something else and you discover something that you had totally forgotten that you had.

An inventory is like insurance for your insurance policy to be certain that you list everything possible if you need to make a claim.  Systematically, make a list of the items by going through the rooms, along with the drawers and closets.  In a clothes closet, you can list the number of shirts, pants, dresses and pairs of shoes but higher cost items should be listed separately.

Photographs and videos can be adequate proof that the items belonged to the insured.  A series of pictures of the different rooms, closets, cabinets and drawers can be very helpful.  When video is used, consider narrating as it is shot and be sure to go slow enough and close enough to see the things clearly.

For more suggestions and an easy to use, interactive form, download a Home Inventory, complete it, and save a copy off premise, either in a safety deposit box or digitally in the cloud if you have server-based storage available like Dropbox.

Posted by Natasha @ SOLDbyNat.com at 1:56 PM No comments:

The Tax Cuts and Jobs Act of 2017 increased the standard deduction to $24,000 for married couples.  There will be some instances that homeowners may be better off taking the standard deduction than itemizing their deductions.  In the past, homeowners would most likely be better off itemizing but the $10,000 limit of state and local taxes (SALT) adds one more issue to consider.

Let's look at a hypothetical homeowner to see how a strategy that has been around for years could benefit them now even though they haven't used it in the past.  The strategy is called bunching; by timing the payments in a tax year so that they can be combined to make a larger deduction.

Since that deduction amount is the same as the Standard Deduction, there is no monetary advantage one way or the other.  However, if the taxpayers were to pay their interest because they must make timely house payments but only pay $2,000 of the 2018 property taxes in December of 2018 and the balance of the $4,000 in January, they transfer part of the deduction into 2019.

Additionally, if they make their intended charitable contribution for 2018 in January of 2019, it makes that deductible on the 2019 return.

Since the total deductible amounts paid out in 2018 was $16,000, the taxpayers would have an $8,000 benefit that year from taking the Standard Deduction.

Assuming they made the same $4,000 charitable contribution in 2019 during the year and paid the house payment and property taxes on time, their total deductions for 2019 would be $32,000 which is $8,000 more than the Standard Deduction.

In this example, the taxpayers in 2018 and 2019, would benefit a total of $16,000 in tax deductions by bunching and electing to take the standard deduction one year and itemizing the next.

This is only an example but if your situation is similar, it might benefit you to consider an alternative when to take the standard deduction and when to itemize.  This is a conversation you need to have with your tax professional to see if it would work for you.


Posted by Natasha @ SOLDbyNat.com at 8:03 AM No comments:

Mortgage insurance premium can add almost $200 to the payment on a $265,000 FHA mortgage.  The decision to get an FHA loan may have been the lower down payment requirement or the lower credit score levels, but now that you have the loan, is it possible to eliminate it?

Mortgage Insurance Premium protects lenders in case of a borrower's default and is required on FHA loans.  The Up-Front MIP is currently 1.75% of the base loan amount and paid at the time of closing.  Annual MIP for loans with greater than 95% loan-to-value is .85% per year.

For loans with FHA case numbers assigned before June 3, 2013, when the loan is paid down to 78% of the original loan amount, the MIP can be cancelled.  The borrower may need to contact the current servicer.

However, for loans greater than 90% with FHA case numbers assigned on or after that date, the MIP is required for the term of the loan.

Most homeowners with FHA mortgages are not eligible to cancel the MIP because they either originated their loan after June 3, 2013, put less than 10% down payment and/or got a 30-year loan.  If they have at least 20% equity in the home, they can refinance the home with an 80% conventional loan which in most cases, does not require mortgage insurance.

With normal amortization on a 30-year loan, it takes approximately 11-years to reduce the original loan to the 78-80% requirement based on normal amortization.  There is another dynamic involved which is the appreciation on the home.  As the home goes up in value and the unpaid balance goes down, the equity increases.

If the homeowners believe that they have enough equity that would eliminate the need for mortgage insurance, they can investigate refinancing with a conventional loan.  Borrowers refinancing will incur expenses in starting a new mortgage and the interest rate may be higher than the existing rate.  Analysis will determine how long it will take to recapture the cost of refinancing.


Posted by Natasha @ SOLDbyNat.com at 9:38 AM No comments:

One of the first steps in a good outcome is knowing a little bit about what you're about to undertake.  By being aware of some of the areas regarding homes that may not come up every year in a tax return, you'll be able to point them out to your tax professional or seek more information from IRS.gov.

Look through this list of items for things that could affect your tax return.  Even if you have relied on the same tax professional for years to look out for your best interests, they need to be aware that there could be something different in this year's return.

If you bought a home for a principal residence last year, check your closing statement and identify any points or pre-paid interest that you or the seller paid based on the mortgage you received.  These can be deducted on your Schedule A as qualified home interest if you itemize your deductions.  See Home Mortgage Interest Deduction | IRS Publication 936 (2018 version not released as of this newsletter).

Keep track of all money you spend on your home that might be considered a capital improvement.  Get in the habit of putting receipts for money spent on your home that is not the house payment or utility bills.  Repairs are not tax deductible but improvements, even small ones, can be added to the basis of your home which can lower the gain when the home is sold.  Years from now, your tax preparer can sift through them and determine whether they're capital improvements or maintenance. See Increases to Basis | IRS Publication 523 Selling Your Home (2018 version not released as of this newsletter).

By making additional principal contributions with your mortgage payment, you'll save interest, build equity and shorten the term of a fixed-rate mortgage.  See Equity Accelerator.

If you sold a home last year, the payoff on your old mortgage included interest from the last payment you made to the date of the payoff.  That interest is tax deductible.  You may need a breakdown of the payoff to the mortgage company; you should be able to get that from your closing officer.

If you refinanced your home, unlike a home purchase, points paid to refinance are not deductible as interest in the year paid; they must spread ratably over the life of the mortgage.  See Home Mortgage Interest Deduction | IRS Publication 936 (2018 version not released as of this newsletter).

For homeowners who have lost a spouse, there is an exception regarding the exclusion on the sale of a principal residence.  If the surviving spouse concludes a sale of the home within two years of the death of their spouse, they may exclude up to $500,000, instead of $250,000 for single taxpayers, of gain provided ownership and use tests are met prior to death.

The two-year period begins on the date of death and ends two years after that date.  See Sale of Main Home by Surviving Spouse | IRS Publication 523 Selling Your Home (2018 version not released as of this newsletter).

There could be significant tax consequences to a person selling a home that was received as a gift as compared to receiving the home through inheritance.  With a gift, the basis of the donor becomes the basis of the donee.  With inheritance, the heir usually gets a stepped-up basis and avoids potential unrecognized gain.  See Home Received as Inheritance | IRS Publication 523 Selling Your Home (2018 version not released as of this newsletter).

Click here to download a Homeowners Tax Guide.  This is meant for information purposes only and advice from a qualified tax professional should be sought to find out about your individual situation.

Posted by Natasha @ SOLDbyNat.com at 8:35 AM No comments: 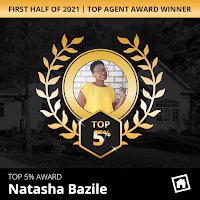 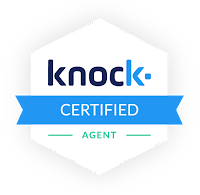 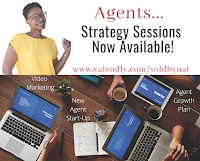 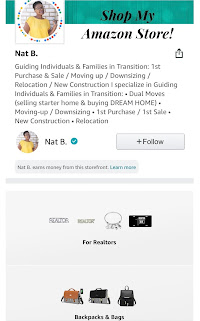 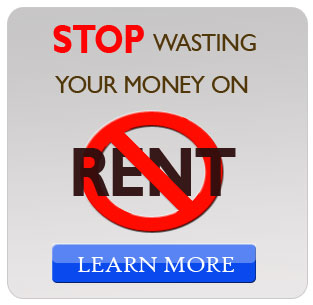 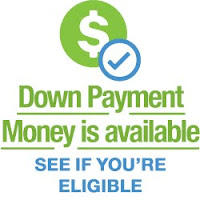 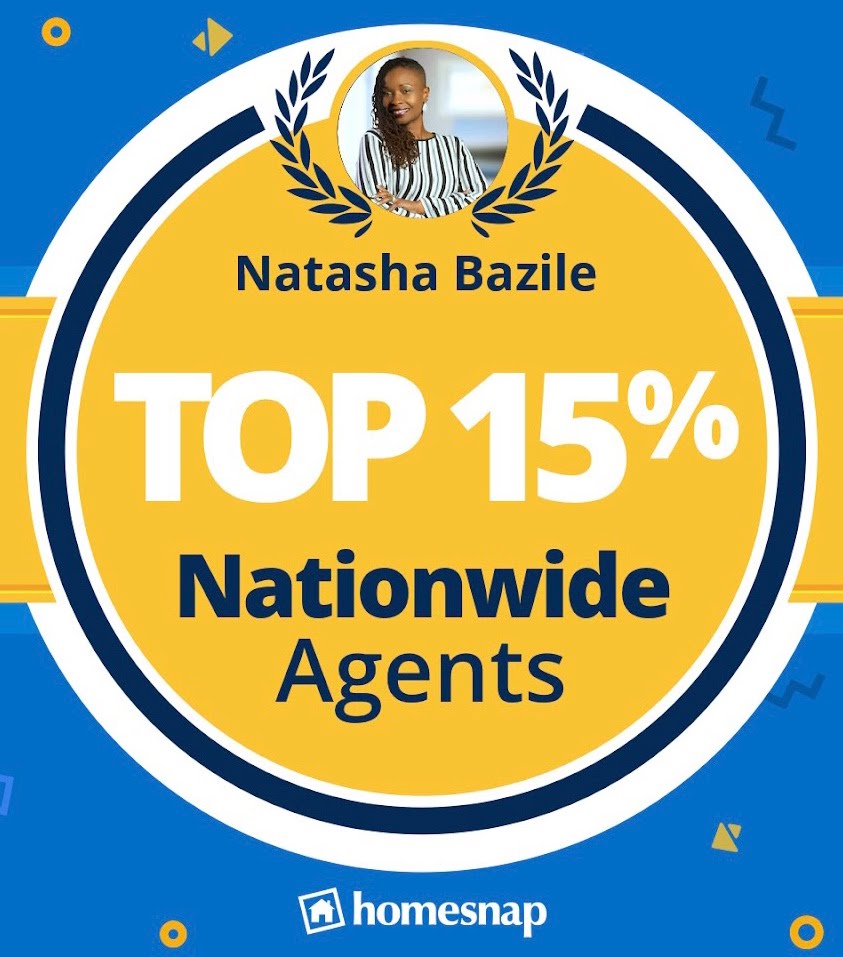 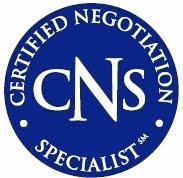